Be first to read the latest tech news, Industry Leader's Insights, and CIO interviews of medium and large enterprises exclusively from Aerospace and Defense Review

THANK YOU FOR SUBSCRIBING

IT as a Resource of Revenue, How RIOgaleao International Airport Turned its IT Infrastructure into a Commercial Opportunity 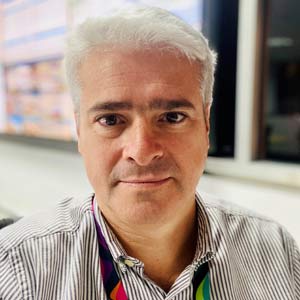 Here at Galeão, we have different types of businesses, all connected to our airport site. General stores, food and beverage, money exchange, vaccine tests, parking lots, VIP Lounges, rental car providers and many others. All providers need infrastructure to work in the airport, like internet connections, phone lines, radio communication, water, electricity, maintenance, and many others.

The IT department provides many of those services, controls the usage and splits the charges between the retailers while maintaining the standards, the availability and guaranteeing security.

Airport terminals are highly complex operating environments that demand security actions and procedures of the most diverse natures.

That’s why we also expanded our investments in one of the most important sectors at RIOgaleão, which is our cargo terminal. We are responsible for supplying several local industries, which requires a strong performance from the IT area to improve the security and agility of the entire import and export process that involves the cargo operation.

All this work began in 2016 to welcome tourists to the Olympic Games. We modernized our infrastructure and improved wireless network performance and reliability. Many solutions have been implemented in this project. A mission-critical system that operates around the clock, integrated with various equipment and complex technologies, with various networks such as IP networks, Wi-Fi, PBX telephony, CCTV, controls access, sound system, detectors and fire alarms and flight information panels.

"The it department provides many of those services, controls  the usage and splits the charges between the retailers while  maintaining the standards, the availability and guaranteeing security."

Also, in 2016, a new high-tech pier was created to enhance the passenger experience. The new space is an extension of Terminal 2, which included the integration of systems already in operation, but without causing any interruption in the existing operations of the airport. In addition, we invested in the creation of an Operations Center that improved our operational efficiency, reducing costs as previously all operations were carried out separately.

All this was done thanks to the highly skilled support of IT professionals experienced in integrations of multiple platforms. Operational safety was a highlight in this period, with the implementation of an exclusive system called Apron Control, which aims to organize the movement of aircraft, equipment, and people, reinforcing safety and helping to reduce delays.

All these initiatives return in the form of revenue but also provide standardization, security and flexibility to the airlines and retailers because they don’t have to worry about services that are not their core business. Currently, the IT sector represents 4% of all airport revenue, covering over 90% of the expenses of the entire sector.

Developments in Satellite Technology to Observe in 2023

The Department of Defense Streamlines Decision-Making through Data Analytics

Bridging the Talent Gap in the Aviation Industry

Digital Technology Will be the Key Enabler for Finavia's Growth

Doubling Down on Operations: Sustainability to Meet Organization Goals

However, if you would like to share the information in this article, you may use the link below: